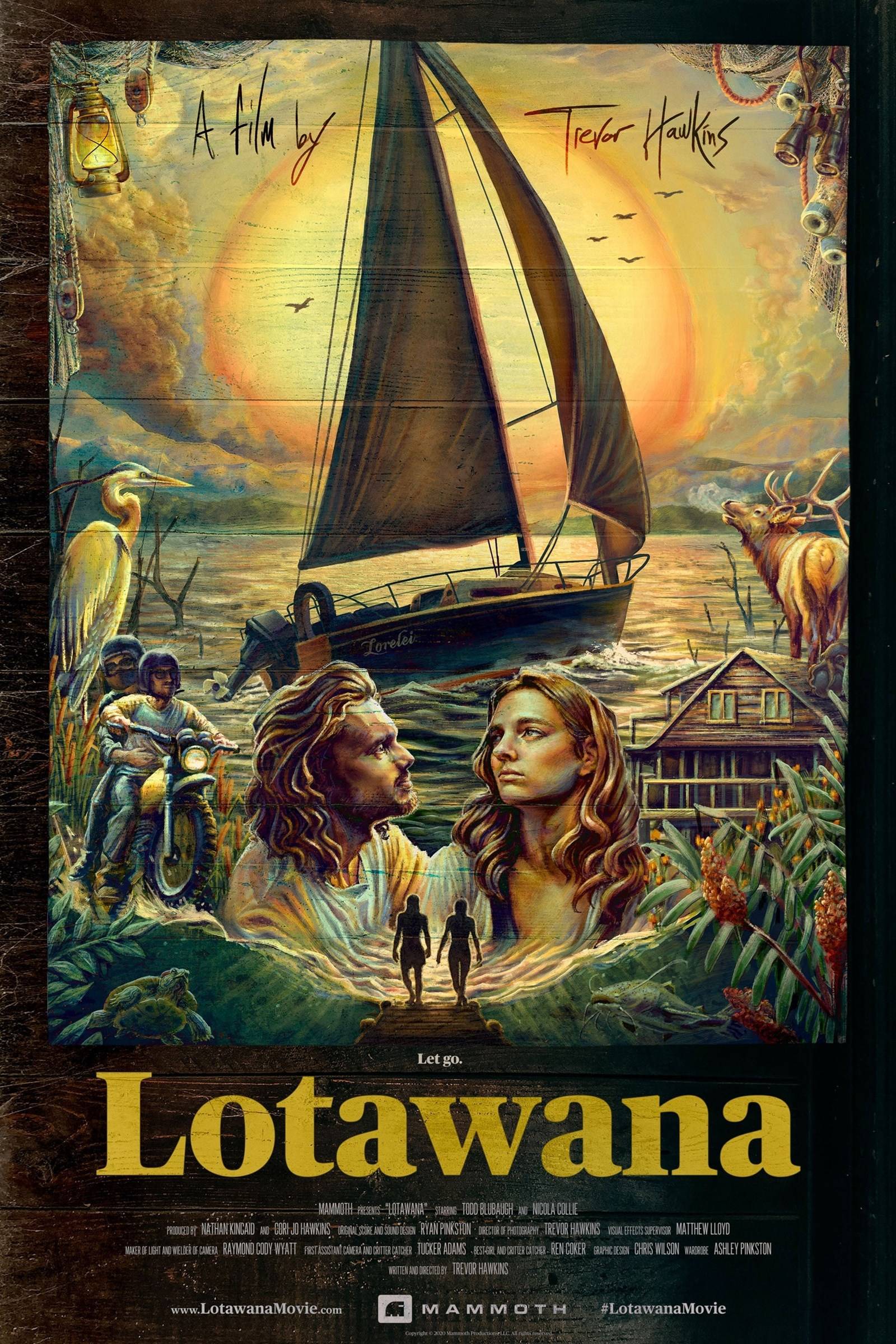 Lotawana: Directed by Trevor Hawkins. With Nicola Collie, Jennifer Seward, Todd Blubaugh, Anita Cordell. A monotonous life has pushed the unfulfilled Forrest (Todd Blubaugh) to a voyage of self-discovery by living aboard his sailboat on an alluring, Missouri lake. Soon he catches wind of the rebellious and free-spirited Everly (Nicola Collie) and their idealistic dreams align for a thrilling and thought-provoking, romantic adventure. Can they survive, reconnect with nature and rewrite their own rules of modern existence, or will they discover that society operates the way it does for a reason?

EMMY Award-winning filmmaker, Trevor Hawkins of MAMMOTH, created his debut feature-film, Lotawana, in his own backyard on Lake Lotawana, Missouri by writing, directing, shooting, editing, financing (with a loan against his house) and literally almost dying in an underwater cave.

Produced with his wife, Cori Jo Hawkins, and filmmaking partner, Nathan Kincaid, Hawkins and his skeleton-crew of ten renegades did all of their own stunts, shot on the water in every season with children and wildlife, and overcame massive obstacles including losing multiple lead actresses mid-production. Lead actor, Todd Blubaugh, even captained the sailboat on-screen by himself after only a fifteen-minute crash course and an encouraging slap on the rump. He then fell in love on-screen with leading lady, Nicola Collie, and they later married in real life. All of these adventures, and more, are featured in the hilarious, behind-the-scenes documentary, At The Helm: The Making of Lotawana.

Help us whichever way you can

Sounds interesting … particularly the info about the production history got me .. 😉 … Big thanks for bringing this to our attention, Scorp!